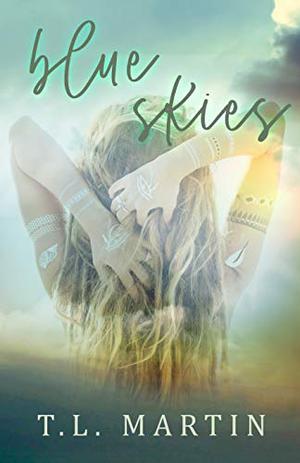 All Blue Everest wants is the wide open sky above her head and the soft earth beneath her feet. And maybe to spread a little love where she can. When she gets the opportunity to live with a father she’s never met and to enroll in public school for the first time, she brings her optimistic and free-spirited nature with her.

But it’s not long before she meets her polar opposite, Joshua Hunt, whose hard edges resist every smile she sends his way . . .

Hunt’s never met a girl who smiles so easily. It can’t be normal. Combine that with the flowers in her hair, constant daydreaming, and a knack for sticking her nose where it doesn’t belong—and he wants nothing to do with Blue Everest. He’s got enough going on without her distractions, and everything, everyone, he cares about is depending on him to stay focused.

Blue’s ready to go wherever the wind takes her, and Hunt’s determined to steer his own ship. But sometimes the wind changes course, pulling two people into a rough and devastating storm that can crush the strongest of hearts. And sometimes, it takes more than you ever thought you were capable of to get back to blue skies.

'Blue Skies' is tagged as: