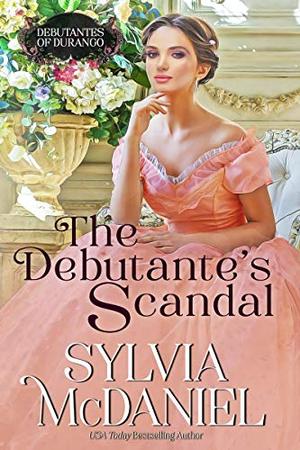 Scandal at the Debutante Ball...

Much to her mother's dismay, Meg Trippe isn't interested in rushing to the altar. At eighteen, she's a forward thinking woman who dreams of independence and never relying on a man. But her mother dreams of her marrying wealth. Unfortunately, Meg falls right into her mother's scheme when she flees the debutante ball.

Martin Scott's father is the governor of Colorado. With mothers shoving their eligible daughters at him, like candy in the wedding market, marriage is the least of his desires. Until a young woman literally falls into his arms with her skirt above her head. Caught in a compromising position, the girl's distraught mother and his governor father force them to marry.

Will they divorce, or can two strangers overcome their anger and build a life together? Could the defiant debutante and the spoiled rich boy be meant for one another?

Spicy historical romance with a guaranteed Happily Ever After.
more
Amazon Other stores
Bookmark  Rate:

'The Debutante's Scandal: Western Historical Romance' is tagged as:

The 'Debutantes of Durango' series

All books by Sylvia McDaniel  ❯