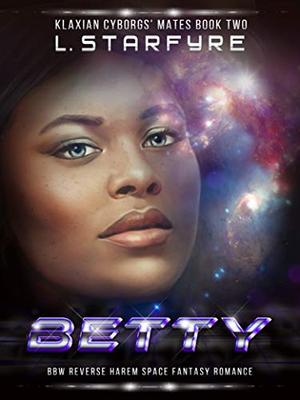 Betty, of Irish and African descent, is from St. Louis but she doesn’t feel as if she fits in anywhere, not even with her family.
She was so lonely she could just die. Who would notice? It wasn’t as if she had a plethora of friends, at least not close ones. Her friends were more... acquaintances. Who was there to wonder where she had gone? She felt as if she needed to upend her life and start over.
Imagine how her world changed when they announced aliens had come to Earth and were looking for mates. She was considering it because she wanted someone to talk to that might be able to uphold their end of a conversation. Some people thought she was anti-social but she just wanted to talk about something other than hair products, makeup, and dating.
She called and made an appointment. The irony of trying mate-matching to avoid talking about dating was not lost on her.

Would she find her place in the universe?

Would she find her wings?

This is a MPOV story and contains brief references to some sensitive issues such as abduction, human trafficking, racism, and mistreatment of members of the LGBT+ community.
more
Amazon Other stores
Bookmark  Rate:

All books by L. Starfyre  ❯