The Tomb: Exposed (A Dark Dystopian Prison Romance) (The Tomb #1) 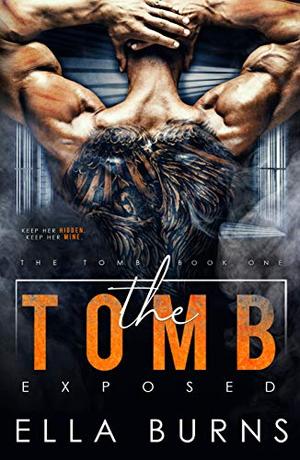 What happens when you take a woman disguised as a man and throw her in the most hostile prison in the world?

The Tomb. A prison run by inmates; it is home to the most despicable scum of the earth.
And me.
Ana, but call me Josh. My life depends on it.
After disguising myself as a man for years, a fluke landed me in the worst possible prison. I may know how to fight but nothing could have prepared me for the depravity of The Tomb.
When the leader of this horrid place, Ax, discovers my secret, I assume that is it—I’m done for. Ready to be tossed to the savages of The Tomb, he instead claims me as his own and teaches me things about my body I never knew possible.
I know I need to use Ax and his desire for me if I’m ever to escape this place and be safe again. But I never expected it would be my heart I needed to protect most.

Incarcerated as a child, I’ve spent most of my life in The Tomb and the last ten years leading it. When a new batch of prisoners come in, I discover a woman hiding in their midst. Her fearlessness intrigues me, and I decide to keep her for myself, and her secret.
Bloodthirsty and ruthless are how I have been described, but I can tell Ana is going to change things. My darkness and addictions seem to dissipate when she’s close, and I fall harder than I ever thought possible. Now to keep her hidden, keep her mine, and ensure no one learns her secret.

The Tomb is a dark, dystopian, prison romance series with and is meant for readers 18+
more
Amazon Other stores
Bookmark  Rate:

'The Tomb: Exposed (A Dark Dystopian Prison Romance)' is tagged as:

The 'The Tomb' series

Buy 'The Tomb: Exposed (A Dark Dystopian Prison Romance)' from the following stores: