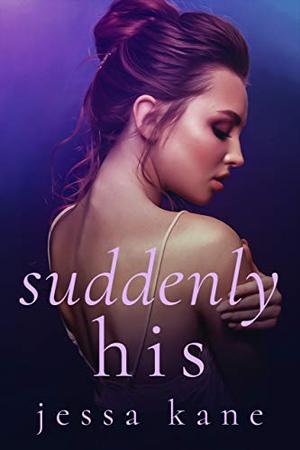 Maisy doesn’t take many risks, choosing instead to live vicariously through romance audiobooks while she cleans offices and school buildings after hours. Doesn’t it figure that the first time she accepts an invitation for a night out with the cool girls, she ends up being auctioned off against her will in front of a room full of billionaires?

Cutthroat CEO Jack Lincoln has been watching innocent Maisy for months. Dreaming of her. Finding out everything there is to know about her. He’s a hard-hearted man who has no business with such a sweetheart, but it’ll be a cold day in hell before another man outbids him at this depraved club. There’s one hitch, though. Their purchased night together must be witnessed by the other members—and they’re eager for a show.

Jack will do everything in his power to make the experience right for Maisy…and it isn’t long before they’re lost to each other’s touch, forgetting about everyone else in the room. But when the spell is broken, Jack will have to pull out all the stops to keep his beautiful girl forever. And that means bearing his soul to Maisy, allowing his cold heart to be thawed one stolen kiss at a time…and praying she finds him worthy.
more
Amazon Other stores
Bookmark  Rate:

'Suddenly His' is tagged as:

Similar books to 'Suddenly His'

Buy 'Suddenly His' from the following stores: