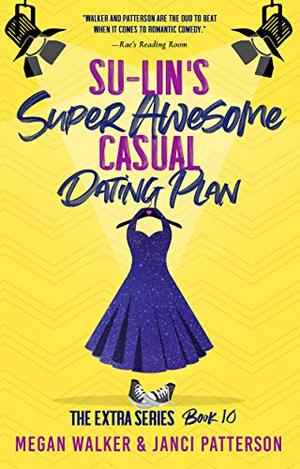 Description
I probably shouldn’t spend so much time thinking about my best friend naked, even if he is my date.

Reality show star and YouTube sock-puppeteer Su-Lin Liu is madly in love with her best friend and business partner, fellow YouTuber Brendan Pike. From his pink hair to his genius at writing dirty sock jokes, Brendan is perfect for her in every way—except that he’s still reeling from a nasty divorce and doesn’t know if he’ll ever be ready for a serious relationship again.

Su-Lin isn’t about to give up, so she concocts a multi-step plan to get him past his anxiety and her past the friend-zone. At a YouTube convention, she and Brendan take turns setting each other up on dates with other people, all while “casually” dating each other. Su-Lin is willing to deal with anything—her jealousy, his panic attacks, their awkward games of Twister, and even the busty ventriloquist with her eye on Brendan—if it means her plan succeeds. But when one drunken night goes a little too far, Su-Lin knows she can’t keep pretending to be casual when her feelings are anything but.

Su-Lin has always had faith in her crazy plans, but she fears this one may only end in a broken heart.

Su-Lin’s Super Awesome Casual Dating Plan is a full-length, standalone romantic comedy. It features R-rated sexual content and swearing, no cliff hanger, no cheating, and a swoon-worthy happily ever after.
more
Amazon Other stores
Bookmark  Rate:

The 'The Extra' series

The Extra
The Extra
(The Extra #1)

All books by Megan Walker  ❯