Educating the Professor (The Cain and Abel #3) 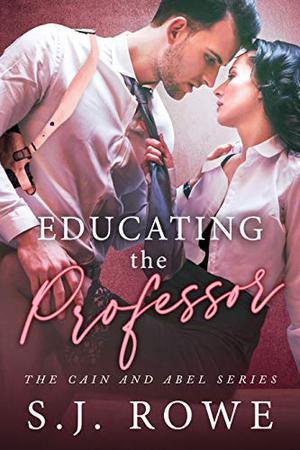 Cara needs one night where she doesn't have to worry about anything but having a good time. She's determined to make tonight that night, but her plan goes awry in the most humiliating fashion.

Before the night is over, she proves she's a klutz and the target of a nefarious stranger. First, she spills beer on the sexiest man she's ever seen in her life. Next, she gets shot at, all while ruining her favorite pantyhose. If not for her mishap with the handsome man, she might not live to see another day.

Jonny needs a night off. After two-hundred years of nonstop work as a Fallen Member, he looks forward to a cold beer and a little fun. What he doesn't expect is that he'll end up wearing the beer and protecting the feisty professor he hasn't stopped dreaming about since the first time he laid eyes on her.

When Cara’s life is threatened, Jonny abandons everything to protect her, but she's no ordinary damsel-in-distress. She's fiercely independent and not at all prepared for how quickly her world is about to change with him in it, and that scares her.

Cara is now getting her own education in protection, as she tries to manage her career and fight the attraction between her and Jonny. One that is not only unprofessional, but also borders on illegal in his world.

As days turn to weeks, they can't deny that their feelings are growing, like the body count that seems to be connected to one of the two people Jonny is guarding. Will their forced close proximity keep her safe from harm or will it lead them down a dangerous path?

This book is recommended for those that love reading about strong females that are badass in every way but also secretly want a strong man to hold when falling apart. This is a standalone love story in a series but can be read in any order. For Mature Audiences.
more
Amazon Other stores
Bookmark  Rate:

'Educating the Professor' is tagged as:

The 'The Cain and Abel' series

Similar books to 'Educating the Professor'

Buy 'Educating the Professor' from the following stores: