The Tomb: Ensnared (A Dark Dystopian Prison Romance) (The Tomb #2) 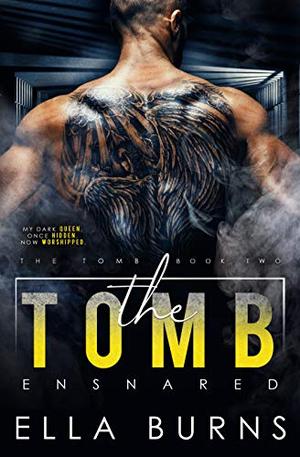 What happens when you take a woman disguised like a man and throw her in one of the most hostile prisons in the world?

**Warning: If you haven't read The Tomb: Exposed this blurb may contain spoilers!**

Well, the jig is up, and I was discovered. Instead of the inmates turning on me, I’m now Boss-Bitch of The Tomb.
Wasn’t expecting that one.
Everything seems to be going great for us, the inmates respect and fear me and I don’t have to disguise myself for the first time in a decade. Even Ax seems to be doing better since I took over. Everything was going great, until the day our shipment from the outside didn’t show up.
The drugs ran out and we’re running low on food when the decrepit prison speakers crackle for the first time in years.
Are the guards coming back into The Tomb after all this time? And if they find out I’m a woman, what then?

I never thought I’d have a woman of my own, much less one I am proud to stand beside. She’s a ruthless Goddess, more than worthy to rule the savages of The Tomb. My addiction and the demons coursing through my veins have quieted and I’ve smiled more than ever before in my life.
When the guards threaten Ana, years of suppressed rage over my mama’s death come boiling back. I don’t know if this time she’ll be able to pull me back.
Will I be able to let go of the past in time to save Ana, or will I succumb to the fire once and for all?
more
Amazon Other stores
Bookmark  Rate:

'The Tomb: Ensnared (A Dark Dystopian Prison Romance)' is tagged as:

The 'The Tomb' series

Buy 'The Tomb: Ensnared (A Dark Dystopian Prison Romance)' from the following stores: