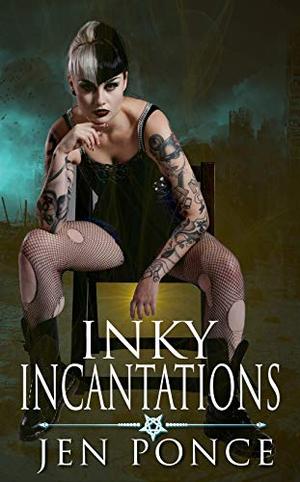 A rebellion to fight, magi to kill, and one goaty, ex-king of Hell to outwit.

Korri Kronos is a simple woman: she likes to hunt magi, murder them, and drink down their death spirits. She thinks of it as a public service for the witches who have been living under a cruel magi regime for centuries now. As an added bonus, every time she kills a magus, she sets a demon free. It's how she met her cabal: Lux, Malphas, Abaddon, and Baphomet.

With tensions rising between the witches and magi, Korri and her cabal know it's only a matter of time before Bolger descends into war. They have to free as many demons as they can before the magi attack, but they're thwarted at every turn by the magi and the former king of Hell himself, Satan.

Satan's obsession with his long-lost love leads him to make a bargain with Korri--spend time with him and he will share some of his power with her. The power is attractive: Korri and her cabal need it if they're going to realize their goal of freeing all the demons. But a bargain with the devil is never a good idea. He's forgotten more ways to trick and cheat than they will ever know.

Korri, Lux, Malphas, Abaddon, and Baphomet aren't easily frightened, however, and the former king of Hell had better not forget who wears the crown now.

'Inky Incantations: A Paranormal Reverse Harem' is tagged as:

The 'Curses, Charms, and Incantations' series

All books by Jen Ponce  ❯