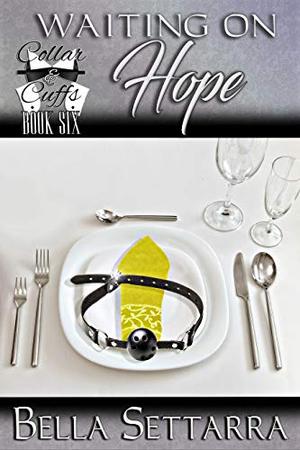 Hope was his possession—until she became his obsession

Esteban Venegas has big ideas and even bigger secrets. When he suddenly arrives home unannounced to find his sub with another man he realizes it’s time to escalate his plans—whether she likes it or not.

Padraic O’Leary falls for his sister’s friend Hope, but knows she’s off-limits. He keeps his distance out of respect for her Dom—until he meets him and immediately loses that respect.

Hope Kennedy has enjoyed a high protocol relationship with Master Esteban for over seven years. However, when he returns from yet another long business trip he acts differently, making her doubt their future together—especially when he reveals his intention to collar her as his slave and leave the area with her.

When Esteban’s business is exposed, Hope is put in grave danger. Padraic rushes to save her. Will she live long enough for Padraic to declare his feelings? And would she want a vanilla guy anyway?
more
Amazon Other stores
Bookmark  Rate:

The 'Collar and Cuffs' series