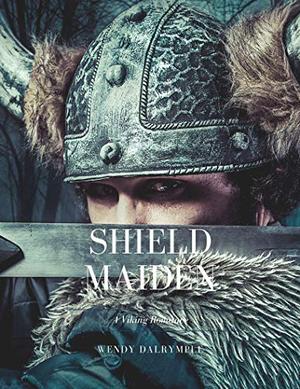 Sonja and her crew of shield-maidens are the last of the fabled women warriors, bent on traveling for the sake of adventure and the prospect of finding new lands. As chieftain of the longship Helle’s Revenge, Sonja leads her team of widows, former prostitutes and milkmaids with a closed, soft heart and a heavy hand, vowing to only use violence when necessary. Whispers of undiscovered lands call to her, and with the intent of starting a new colony in a world all their own, Sonja and her crew set their sails to the west.

Ivan is the boisterous chieftain of the longship Fenrir, and is known throughout the northlands as a fierce fighter and an even fiercer lover. With the promise of an early retirement on the horizon, Ivan has set his sights on a never before discovered land. Little does he know that his course following the westerly winds was also following a ship full of determined women looking for the very same land.

When Sonja discovers that Ivan is on the same course as she is, and intends to claim her new land for himself, a long-buried rage threatens to bubble to the surface. She has a change of heart when it comes to doling out violence and revenge, especially towards her smug-faced, annoyingly handsome rival Viking warlord. The two hot-headed chieftains face off in a race for discovery and a battle for freedom, even as the high stakes at sea forges their desire, bringing them closer than they ever could have imagined.
more
Amazon Other stores
Bookmark  Rate:

'Shield-Maiden: A Viking Romance' is tagged as:

Buy 'Shield-Maiden: A Viking Romance' from the following stores: