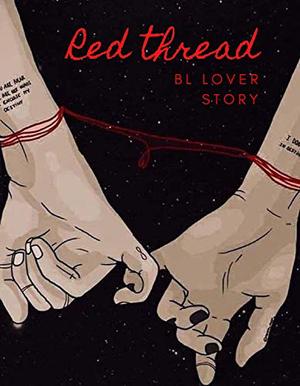 THE RED THREAD, BL Love Story Novel
In the past thirty years that might not seem very long,
Mr.Korn and Mr.Intouch, a university student in Bangkok, met first from compassion. Making Intouch a step into the life of Korn, who is known as the son of an influential person, despite being chased, despite being ignored in the end, the heart still has to open to a boy who is as cheerful as the sun. But even so in that time when same-sex love was not very well established When the rupture reached their father's ear Causing the two to secretly meet each other Intouch tries to fight, but for Korn, who has endured a long time with the awkwardness, is down. Turned into a tragedy When Korn shoots himself, causing Intouch, who is sad and unconscious, suicide along Even though the story should end but some things are bound to both of them. Over the past several decades, students have changed generations. Bam, a first-year student, met someone he felt he had been waiting for all his life. As Dean, a third-year student who is constantly trying to find someone, meets the person he is looking for. THE RED THREAD binds them tightly to an unforgettable past.
more
Amazon Other stores
Bookmark  Rate: