Her Rebel Alien Lover (Fated to the Warriors #2) 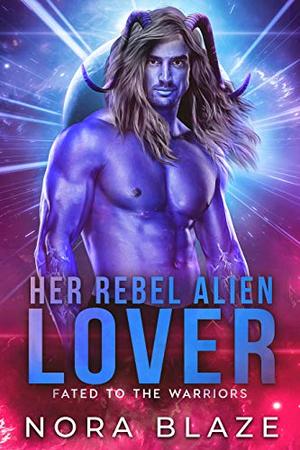 MARIE
I've been abducted by aliens, thrown into an interstellar war, and stranded on a desolate, deadly planet. The universe is terrifying, but there's one alien willing to fight for my survival.

PryZor is a powerful, blue-skinned warrior. His species is caught in an ancient battle with the aliens who abducted me and my sister, a war that risks destroying Earth.

He claims that the stars themselves have chosen us for each other. And when our union unleashes ancient powers, dormant in my mind, I start to believe him.

On Earth, I'm a nurse and a science geek. In space, I become something new.

And with danger lurking on every world, from desolate planets to PryZor's home moon, we're going to need all the power in the galaxy to survive and to bring our destined child into the universe.

Her Rebel Alien Lover is a fast-paced and steamy science fiction romance. The second novel in Fated to the Warriors, it can be read as a standalone, but is best enjoyed as part of the series.

'Her Rebel Alien Lover' is tagged as:

The 'Fated to the Warriors' series

All books by Nora Blaze  ❯

Buy 'Her Rebel Alien Lover' from the following stores: