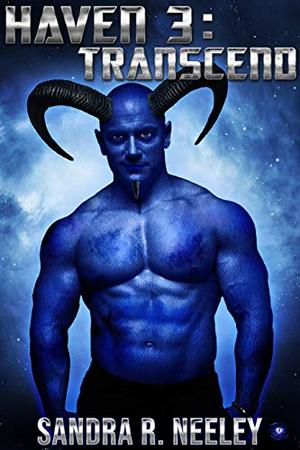 Elite Force Commander Kol Ra’ Don Tol has been obsessed with Earth and its cultures for as long as he can remember. He’s thrilled when the gods smile on him, giving him an Ehlealah, a mate, that is human. But she’s suffered traumas and abuse that no being should have to endure. As a result, she’s not as receptive to his claim that she’s his as he hoped she’d be. He waits patiently for his female to realize what she is to him, what they are together. But instead of accepting him and falling into his arms, she runs from him — all the way back to Earth. Now he’s on a mission to find her and do whatever it takes to earn her love and bring her back to his home on Command Warship 1.

Ada Jane has lost 135 years. That’s how long she existed as entertainment to others after being abducted from her home on Earth. She’s rescued along with several other women and given the opportunity to choose their own futures — stay here, or go home to Earth. Ada Jane chooses Earth despite the claims of a very large, very blue, alien warrior who insists that she is his, and he is hers. When he prevents her from joining the others on a one-way trip back to Earth, she decides to get there any way she can. She slips away without a word on the next transport leaving Command Warship 1. She needs to see her home and what’s left of the world she left behind before she can even consider beginning a new life anywhere else.

Kol and Ada Jane want the same things out of life despite their very different opinions of exactly what that entails. They want home, love, and the security within which to enjoy it. Once on Earth, there are obstacles at every turn working against them. Will they be able to overcome all they face and find their way to each other?

Warning: Intended for mature audiences. This book contains violence, abuse both real and inferred, and sexual situations that may be disturbing for some readers. If you are offended by these subjects, please do not buy this book.

'Haven 3: Transcend' is tagged as: