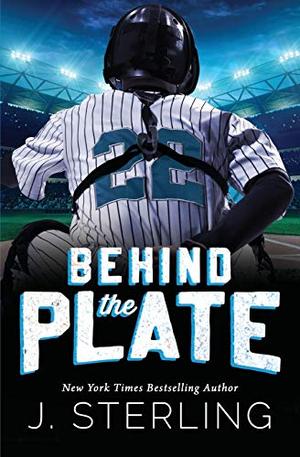 The most anticipated J. Sterling release of the year is finally here! You've waited years to meet Jack Carter's son and the wait is over! Strap in and enjoy the ride.

Chance Carter is the son of local baseball legend, Jack Carter. Now in his junior year at Fullton State, Chance is facing challenges he never saw coming. Failing a class will stop his draft season short, making him ineligible to play and pushing his goal of professional baseball even further away.

In steps Danika, a mouthy tutor from New York, who only wants to help him pass his class... NOT get in his pants. But try telling that to Chance. He doesn't trust girls and he definitely doesn't trust his new tutor. A lifetime growing up as a Carter taught him that.

But Danika has issues of her own. After an incident that happened last year, she doesn't trust athletes and wants nothing to do with them. And Chance is no exception.

The fireworks explode as the two try to deny the chemistry between them and family secrets are revealed. Chance doesn't know how to give up on something he wants and he's decided he wants Danika. There's just one problem... she has a boyfriend she has no intention of breaking up with.

How can he have her when she belongs to someone else?.
more
Amazon Other stores
Bookmark  Rate:

'Behind the Plate: A New Adult Sports Romance (The Boys of Baseball)' is tagged as:

The 'The Boys of Baseball' series

Similar books to 'Behind the Plate: A New Adult Sports Romance (The Boys of Baseball)'

More books like 'Behind the Plate: A New Adult Sports Romance (The Boys of Baseball)'   ❯

All books by J. Sterling  ❯

Buy 'Behind the Plate: A New Adult Sports Romance (The Boys of Baseball)' from the following stores: