King and I: A Royal Love Affair 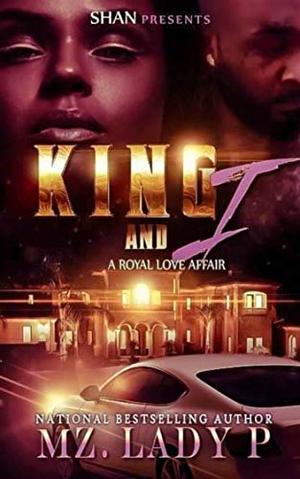 King and I: A Royal Affair
There's an old saying that says everything that look good isn't always good for you. The saying has never rang true in the case of the beautiful Siyah Mills.
A chance encounter will cause her to cross paths with the sexy but deadly Kingston "King" Banks. A sexy but ruthless drug kingpin who has the ability to bring the strongest dude to his knees and break down a woman's very existence.
It was lust at first sight when they laid eyes on one another. What was supposed to be a one night stand turned out to be more than Siyah ever bargained for.
Kingston takes over not only her body but her mind and soul, but there's only one downside to this. She's married to Luca Gianni. Head of the Gianni Crime Family.
A series of events and secrets revealed will have Siyah running for her life and into the arms of Kingston. Life for Siyah will change within the blink of an eye as she tries to solidify her rightful place on his Throne but of course when you're the type of man whose name reigns supreme in the streets and the sheets. There's bound to be drama and bloodshed.
Follow Siyah and Kingston as they embark on a Royal Love Affair that no one is prepared for!!!!!!
more
Amazon Other stores
Bookmark  Rate:

'King and I: A Royal Love Affair' is tagged as:

Similar books to 'King and I: A Royal Love Affair'

More books like 'King and I: A Royal Love Affair'   ❯

Buy 'King and I: A Royal Love Affair' from the following stores: