I Got Your Back Boy 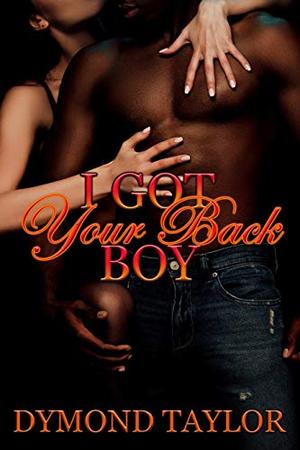 Shaizon or as everyone know him as, Crank, had just turned eighteen when he’s forced to step up in a major way. He’s now the sole provider of beautiful twin girls. The thing is, you have to have income to provide and Crank has none. His arrest record makes it harder for him to obtain work. He doesn’t have support from family or friends. Desperate for money, Crank is forced to commit a robbery with his one-week old kids riding shotgun. Imagine that...

Parrish, twenty-one, thought she had married the man of her dreams but found out shortly after, there’s no such thing. At the tender age of sixteen, she had it bad for her now husband, Javo. Something should have told her to run, considering the fact he was married at the time they were pursuing one another. But nobody could tell Parrish nothing when it came to him. She soon gets what she wants—The man, and the shoes his ex-wife once filled. All the problems she endured with Javo are now Parrish’s issues now. Sadly, it was so much about Javo that Parrish missed because she was so blinded by the physical. Now married with two kids, the young girl doesn’t know how to cope with the mess she put herself in, making anti-depressants her solution and before long, she’s abusing them.

Justine, Parrish best friend, actually does have the man of every woman’s dreams. Her husband provides, encourages her, looks good and the intimacy is all that. But she can’t stop herself from wanting to save Crank. She feels for him and wants to give him something he lacks with his own family—love and emotional support. She also wants to be a mother figure to his daughters. With her focus solely on that and not her own marriage, it isn’t long before her husband, Hollis, starts to take notice in his wife’s change of behavior.

There are no mansions and million-dollar hustlers in this story. It’s about your everyday people trying to make something out of nothing. When it’s all said and done, all they want is that one, to love them while having their backs through the good and the bad. Such is life, some will come out on top, some will not.
more
Amazon Other stores
Bookmark  Rate:

'I Got Your Back Boy' is tagged as:

Similar books to 'I Got Your Back Boy'

More books like 'I Got Your Back Boy'   ❯

Buy 'I Got Your Back Boy' from the following stores: