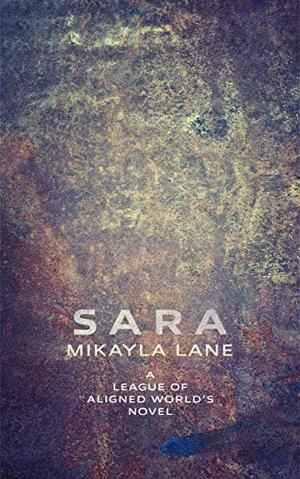 After growing up with a free-thinking and unreliable mother, Sara Reed wanted nothing more than a normal life. As a forensic accountant for the IRS, Sara got the stability she’d always craved.

Then a case came across her desk that shattered the calmness of her world and implicated those at the highest levels of the US intelligence agencies. Despite multiple warnings to stop her investigation, Sara was determined to do what was right.

After being rescued from the belly of an alien slave ship, Sara was mourning the loss of her life and all semblance of normalcy when she was thrust onto a strange world, in the middle of an intergalactic war.

The Commander of the Forchanian forces, Drek Zarken, had no time for a personal life, and he liked it that way. Then a new citizen was recruited to work with his team to break the Consortium’s financial crime network.

While Sara and Drek become closer, spies and infiltrators threaten their lives and the deep connection they’re forming. Drek will have to employ every tactic he knows to keep Sara alive and destroy the hold the Consortium had on his planet.
more
Amazon Other stores
Bookmark  Rate:

'Sara' is tagged as:

The 'League of Aligned Worlds' series

All books by Mikayla Lane  ❯

Buy 'Sara' from the following stores: