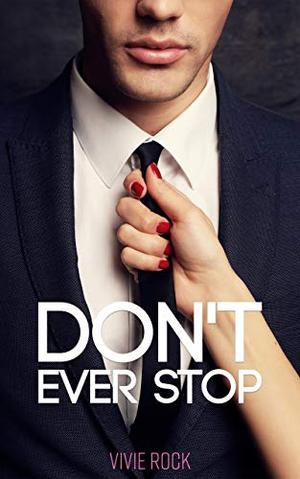 Rose has never been used to the spotlight, but she's about to get center stage...

A lucky break at the local newspaper thrusts her into the glamorous world of news reporting. After a rather humiliating night at the National Press Awards, Rose catches the eye of the most enigmatic - and handsome - media tycoon in the world: Redmond Cooper. Not only is he handsome, but he's also a billionaire!

Soon, she's exploring sides of herself that she never knew existed. And although Mr. Cooper is going to prove her biggest challenge yet, she's just can't stop.

I knew we were acting out a ‘scene’. That I could stop the whole thing if I wanted to, by just uttering one safeword. What was it again? Green for more, yellow for less, red to stop. Easy enough to remember, right?

I couldn't believe my boss had seen me naked. The first man to see me without any clothes on. It was strange. Being naked in front of someone wasn't so bad. It felt kind of freeing. I wasn't sure what I’d feared might happen. Laughter. Disgust. Horror. Having Mr. Cooper in charge, acting like this with me, dominating me, telling me what to do, telling me off for doing things wrong – that felt freeing too. I knew that I wanted more of it. As I waited there, cold and nervous, I begun to say a word in my head. That word was: green.

'Don't Ever Stop' is tagged as:

Similar books to 'Don't Ever Stop'

Buy 'Don't Ever Stop' from the following stores: