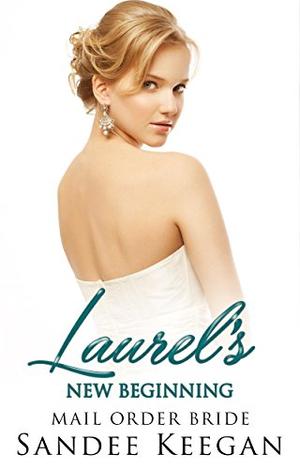 Laurel knew true love, and lost it when her fiancé was killed in a riding accident. Now, her younger sister is in love and wants to be married. But, as Laurel is the elder sister, their father refuses to let Priscilla be married first.

Out of equal parts loyalty to her sister, and the understanding that she’ll never again know the love she once had, Laurel answers an advertisement in the Matrimonial Times. Now, she’s in a town far from her family with Derek Binder, the handsome, grieving widower, living as his servant and waiting to be his wife.

Derek isn’t interested in love, just a partner to help him work his family lands and raise his brother. When Laurel escapes to the river to sort out her feelings, she’s caught in a storm and nearly drowned in a flash flood.

Derek rescues her, and while he nurses her back to health, he learns of her past heartache and her conflict over her new feelings for him.

Laurel’s beauty and loyalty are irresistible to him and Derek realizes that through her, he will have the life he no longer felt he deserved.

In return, he will tear down the walls of grief that separate her heart from his, and give her the love she thought she could never have again.
more
Amazon Other stores
Bookmark  Rate: