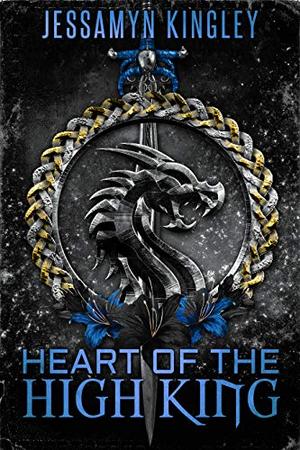 High King Aleksander D’Vairedraconis prefers the comforts of home, rarely leaving his estate. While forthright by nature, his sexuality is a secret Aleksander guards—even his best friend is unaware. With the possibility of his mate showing up at his large estate in Arizona next to impossible, Aleksander focuses on family and building more wealth to allow them to flourish.

Duke Rafferty Kestledraconis is new to the Council of Sorcery and Shifters and is learning what he can about this fresh start. His life revolves around pleasing his royal father and brothers, and he rarely explores past their plot of land. Unable to refute an order given by his king, he travels with his eldest sibling to the remote D’Vaire sanctuary, where to his bewilderment, he discovers that his mate is the only High King in the dragon realm.

Aleksander and Rafferty are ill-prepared for the reality of being mates and unready to take the final step of being fully joined, but together, they slowly build something worth protecting. Circumstances soon spin out of control, testing their fortitude and straining their wills. In the end, they must cling to hope if they want to be together—it will take everything that rests in the hearts of the High Kings to honor the call of Fate.
more
Amazon Other stores
Bookmark  Rate:

'Heart of the High King' is tagged as:

Similar books to 'Heart of the High King'

More books like 'Heart of the High King'   ❯

All books by Jessamyn Kingley  ❯

Buy 'Heart of the High King' from the following stores: