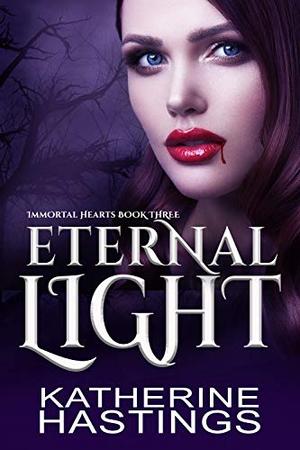 When I met Annella – the woman of my dreams - I could practically see the sparks popping between us.

She was smart. Funny. Everything was going perfectly…

Until I ended up dead on her floor and woke up to find my entire world imploded into smithereens.

Because the woman with my heart wrapped around her little finger was a freaking vampire.

She was my enemy. My nemesis. An ancient spell that created my existence meant my kind wanted hers ended.

But even worse than waking up from death to find out my girlfriend was the thing I hated most? Finding out how far I’d fallen.

I was a blood sucker too.

Or was I something else entirely?

Thrust into a world with the creatures I’d been groomed to hate, I was forced to work with them while I learned to control my new cravings and powers. But despite my strong desires, I still wanted one thing more than blood.

'Eternal Light: A Contemporary Vampire Romance' is tagged as: