The Distant Tide (Hearts of Ireland #1) 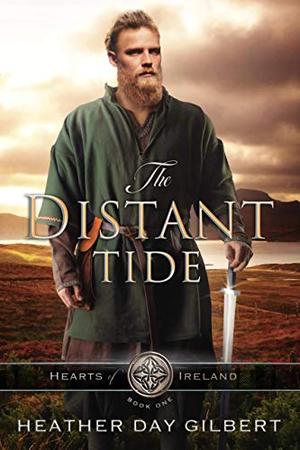 Bookish princess Britta feels her dreams are pulling her in two directions. She longs to travel and share the good news of Christ with others, but her heart lies firmly in her Irish homeland, with the people of her father's kingdom. To complicate matters, the king's right-hand man, Ronan, has finally declared his love for her.

Thoughts of retribution have consumed Ari Thorvaldsson ever since his older Viking brother was slain in Irish lands. Having assembled his band of warriors, he sets out to wreak havoc on the people responsible for Egil's death. But his attack is thwarted, and Ari is injured and taken prisoner.

As Britta struggles to communicate with the wounded warrior, she slowly realizes he's had a change of heart. When the threat of Norman invasion draws all too close, Britta must convince both her father and Ronan of Ari's good intentions...but will she find out too late that her trust has been misplaced?

(The Distant Tide was first published in The Message in a Bottle Romance Collection, Barbour Publishing, 2017.)
more
Amazon Other stores
Bookmark  Rate:

'The Distant Tide' is tagged as:

The 'Hearts of Ireland' series

Similar books to 'The Distant Tide'

Buy 'The Distant Tide' from the following stores: