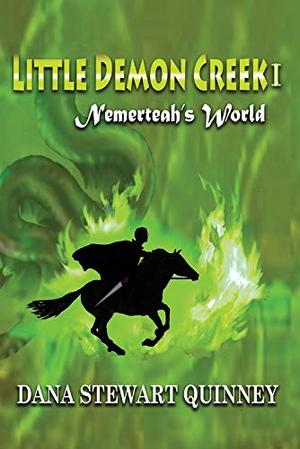 A co-worker's murder seems to be an accident, but a document Clare Geckler stumbles upon in the computer system makes him think that it was murder. He begins to investigate. Could Bill Stott have fallen from the Bruneau Canyon rim by accident?

By day, Clare is a computer systems manager for an Idaho corporation. By night, he's an online gamer, and he's a game writer as well. Clare's video game rough-out has just been purchased by one of the biggies—SuunitaCor of Tokyo. The fat contract means that he will never have to work again, but now he cannot quit his day job. He cannot lose access to the computer system and its clues.

On the corporate computer system, Clare finds a map. The map leads him to a farmhouse and an overheard conversation, three words that burn into his brain: human sacrifice soon. His eleven-year-old nephew Greg and his friend Tommy find the map that leads to the farmhouse, investigate, and as a result, Tommy's mom is murdered. The boys witnessed the murder; the murderer is now after the boys and Clare himself.

Online, Clare is Galen the Wise, leader of a group of fantasy gamers. Clare begins sending his team the information he gathers on the case, and he contacts a deputy sheriff in Owyhee County as well, Virgil Ward.

Clare discovers the existence of a cult led by a robed figure he calls Silverman. Clare watches a secret ceremony in the high desert and learns that Silverman plans to kidnap a woman and kill her in what he calls the Red Ceremony. Galen's team is on it, and so are Ward, Greg, and Tommy.
more
Amazon Other stores
Bookmark  Rate:

'Little Demon Creek I: Nemerteah's World (1)' is tagged as: