Stay With Me: A Novella (Wilson Creek #5) 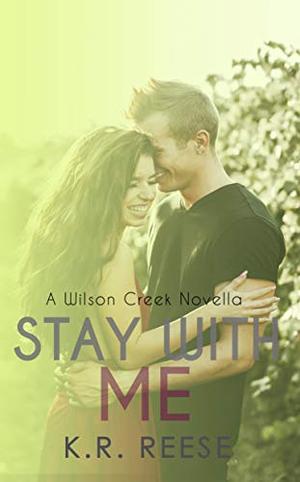 Can she settle down to appease her family?

Talk around town says she's the party girl. When she wants to plan a facade that she's ready for more, she enlists the help of her new-found friend. She wants to prove them all wrong, even if it is fake.

Can he escape his past and find something unexpected?

Jarrod moved to a small town to get away from the bustling city life. He throws himself into work with a new companion who quickly becomes his best friend and roommate. But when Brianne begs him for help, their relationship quickly spirals out of control.

Can he convince her there's something between them?

What starts a simple request becomes so much more. Brianne is determined to stay friends. Jarrod wants to keep her as far from his demons as he can. When things don't go as planned, Jarrod must make a choice. One he doesn't know if he'll survive. But if it keeps Brianne safe, he'll do whatever it takes.
more
Amazon Other stores
Bookmark  Rate:

'Stay With Me: A Novella' is tagged as:

Similar books to 'Stay With Me: A Novella'

More books like 'Stay With Me: A Novella'   ❯

Buy 'Stay With Me: A Novella' from the following stores: