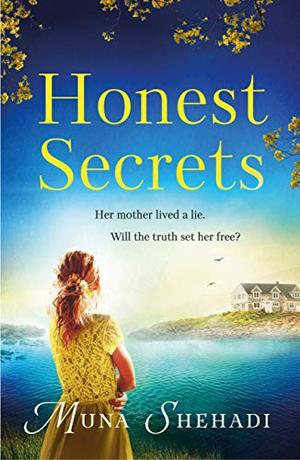 Honest Secrets concludes the stunning Fortune's Daughters trilogy by Muna Shehadi, in which three sisters discover, after her death, that their glamorous movie star mother could never have given birth to them. This gorgeous read of family secrets, romance, and self-discovery, is perfect for fans of Lucinda Riley and Santa Montefiore.

Olivia Croft's life is at a crossroads. After yet another fruitless audition and the cancellation of her TV show, Crofty Cooks, she's left with the hope that she and her husband Derek will finally conceive the child she craves - and that she'll be able to forget the recent revelation that her late mother, the famous movie star Jillian Croft, did not give birth to her or her two sisters.

But her world only collapses further when she uncovers the cruel secret Derek has kept throughout their eight-year marriage. Unable to forgive his betrayal, Olivia flees LA for the coast of Maine, a place which holds happy memories of her childhood and her beloved mother.

Coping with the loss of her career, her husband and her dreams, Olivia finds herself drawn to Duncan, a kindred spirit whose life has been equally shattered. But before Olivia can embrace a brand-new future, she will have to come to terms with the past, and face a final truth about her mother, one she never could have imagined.

You can read more about fascinating Jillian Croft in the other novels in of the Fortune's Daughters trilogy: Look for Eve's story in Hidden Truths and Rosalind's story in Private Lies.

'Honest Secrets: A thrilling tale of explosive family secrets, you won't want to put down!' is tagged as:

Similar books to 'Honest Secrets: A thrilling tale of explosive family secrets, you won't want to put down!'

More books like 'Honest Secrets: A thrilling tale of explosive family secrets, you won't want to put down!'   ❯

All books by Muna Shehadi  ❯

Buy 'Honest Secrets: A thrilling tale of explosive family secrets, you won't want to put down!' from the following stores: