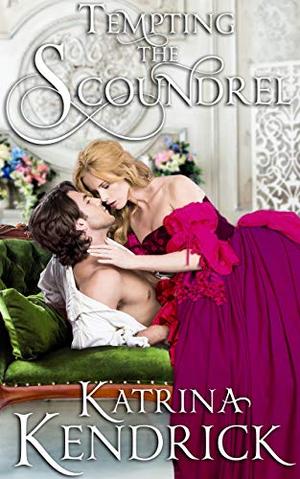 In the dark streets of London's East End, happy endings only exist in fairytales . . .

HE IS THE KING OF THE CITY’S CRIMINAL UNDERWORLD
Nicholas Thorne has never been above lying, cheating, or stealing in his quest for power. So when a wealthy lord offers up a fortune to swindle his headstrong daughter into marriage, Nick takes it — only to end up falling head over heels in love with his mark. When his new wife discovers the deception, she intends to abandon and forget her scoundrel husband for good.

SHE IS SOCIETY’S MOST REBELLIOUS LADY
After spending years writing scandalous political essays, Lady Alexandra Grey is used to society’s censure. But when word gets out of her secret marriage to London’s most notorious crime lord, an attempt on her life forces Alexandra to confront her past — and the husband who betrayed her trust. Only this time, she refuses to succumb to the devil’s charms.

When a series of brutal murders in the streets of Whitechapel puts husband and wife in close quarters, passions ignite, secrets are revealed, old enemies rise — and some are willing to kill . . .
more
Amazon Other stores
Bookmark  Rate:

'Tempting the Scoundrel' is tagged as:

Similar books to 'Tempting the Scoundrel'

All books by Katrina Kendrick  ❯

Buy 'Tempting the Scoundrel' from the following stores: