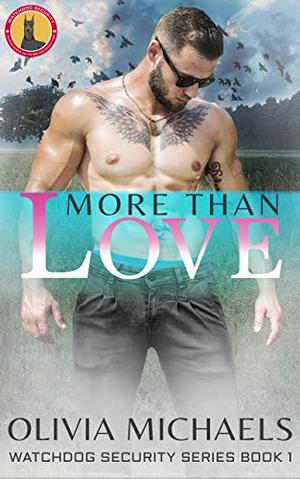 Is he her last chance at freedom?

Jake Collins—former Navy SEAL turned FBI agent—lives to see justice served, even if it means bending the rules. When Jake goes undercover to catch a brutal kingpin, he must decide if he can use the man’s daughter against him, despite the fact that she might be the woman of his dreams.

Rachael Deal is desperate to escape the small town her cruel father rules with an iron fist. She’s learned she can’t trust any man who works for her father, but deep down she thinks that sexy newcomer Jake just might be different. Will Jake be the man to help her stand up against her abusers, a protector who will defend her in any way he can?

As Rachael and Jake’s incandescent passion forges a bond like no other, the stakes become life and death. When Rachael’s father learns of her betrayal, he will stop at nothing to keep his daughter quiet, even if it means silencing her forever. Is Rachael destined to die before she ever had a chance to really live?

More than Love is the first book in the Watchdog Security Series. If you like hot, tender alpha SEAL bodyguards, thrilling romance, sizzling sex scenes, faithful dogs as loyal and brave as their keepers, and stories of women becoming all they can be, you’ll love the men of Watchdog Security, sworn to protect their women and defend their country, as they uncover a vast conspiracy that could change the world.
more
Amazon Other stores
Bookmark  Rate:

'More Than Love: Watchdog Security Series Book 1' is tagged as:

All books by Olivia Michaels  ❯