The Hubby I Never Knew : The kinky game of three friends 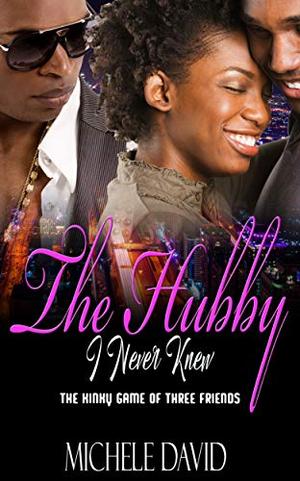 Alex Rice who is supposed to be on her honeymoon woke up to discover that her hubby (Paul Rice) wasn’t the saint after all, but a womanizer. This was made possible by a message from an anonymous sender showing where her hubby was kissing another lady in a hotel. This sparked a rage in her. In the quest to meet him at the hotel where she was directed to come, she bumped into Jeff Peterson, an oil mogul. Jeff is an African American young billionaire who loves to play games. He offered millions of dollars just to have Alex’s attention in bed. Alex didn’t find it funny because she never wanted to cheat on her man, but being that she already knew that her man was seeing another girl, she gave it a second thought. John Pan, another billionaire who is Jeff’s friend entered into the picture and tried to pay higher to have Alex’s attention for a night, leading to a competition and scramble for Alex. At the end, Alex discovered that the two billionaires wanted a threesome with her. She didn’t want to accept the offer but being bombarded with gifts like houses, car and millions of dollars got her lured and accepting.

Alex later got madly fucked by Jeff and John, an experience she never regretted. The last straw that broke the Camel’s back was when Alex was having a threesome with Jeff and John in her matrimonial bed and was caught by her hubby. Interestingly, instead of her hubby to file for a divorce or act crazy, he ended up congratulating and thanking his wife for playing the game that’d welcome them to being billionaires soon. The worst and most surprising was for Alex to discover that the anonymous sender of the pictures messages was her husband. Paul did that in order to compel her to accept fucking Jeff and John which is a prerequisite for the two billionaires to make his life better forever. It was a game between the three friends that Alex never knew about.

'The Hubby I Never Knew : The kinky game of three friends' is tagged as:

Similar books to 'The Hubby I Never Knew : The kinky game of three friends'

More books like 'The Hubby I Never Knew : The kinky game of three friends'   ❯

Buy 'The Hubby I Never Knew : The kinky game of three friends' from the following stores: