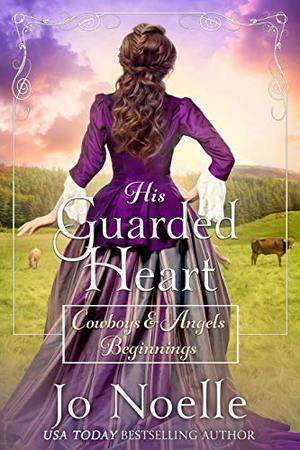 He wants a marriage of convenience. She wants a new start. Only one will get their wish.

Westley Pyne has been disappointed before—twice. He won’t fall for love again. This time he offers a contractual marriage to his best friend’s sister. He wants a bride who will improve his business prospects without promising the empty words of love, honor, or cherish. Although he’s attracted to Cassandra, he quickly tamps down his budding feelings for the sake of his heart.

Cassandra Abbott spent the last decade taking care of her aging parents. After their deaths, she visits a brother who settled in the West. Although sparks fly between her and Westley, he pushes her away. Cassandra learns it’s easy to become independent in the Wyoming territory and just as easy to be deceived. She must unravel Westley’s secrets about the betrayal to have a chance at a happy marriage.

Can both learn to forgive, or will they hold on to their fears and lose their chance at a forever love?
more
Amazon Other stores
Bookmark  Rate:

'His Guarded Heart: Sweet & Clean Western Romance' is tagged as:

The 'Cowboys and Angels Beginnings' series

All books by Jo Noelle  ❯