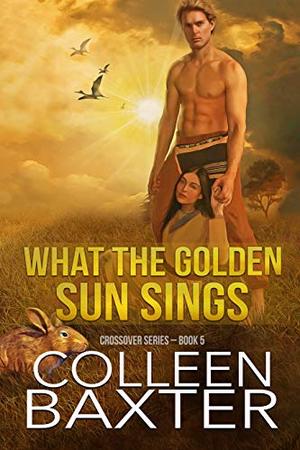 Dragged through a portal in time and space, Richard found life on Ixtlán far different than Earth. Back home he’d been an EMT. But this primitive new world had proven too brutal for him. He’s driven to give up, but fate has other plans for him. Rescued by the Tchor Clan, a nomadic group that comes upon him as he lays dying, Richard soon becomes enmeshed in the life of the clan, finding himself especially drawn to a beautiful widow and her child.

Nema is the sole person responsible for the health of her people, since their doctor—her mentor—was stolen by a rival clan. The golden-haired, blue-eyed stranger is not only intriguing, his medical skills provide them a common link and purpose. Can she open her heart to love and happiness again? Their relationship is deepening, but at a gathering of clans, Richard fails to keep his promise to the woman and child he claims to love.

When Nema leaves with another clan, Richard once again finds himself alone. Can Richard and Nema heal their own tattered hearts and find a way back to one another to heed the call of what the Golden Sun sings?
more
Amazon Other stores
Bookmark  Rate:

'What the Golden Sun Sings: Crossover Series: Book 5' is tagged as:

All books by Colleen Baxter  ❯

Buy 'What the Golden Sun Sings: Crossover Series: Book 5' from the following stores: