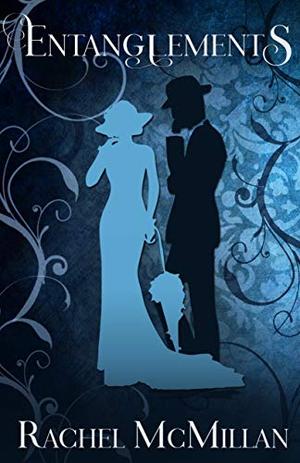 Nic Ricci is a North End piano tuner and part time math tutor who wants nothing more than to compose; but there are few pennies to be found and an ailing father to support.

When a well-paying opportunity arises as a rehearsal pianist for a wealthy heiress giving a recital at the Boston Conservatory, Nic grabs at the chance. He does not, however, anticipate a beautiful, intelligent woman frustratingly accompanied by a chaperone and promised to a brute of a fiance.

Esther Hunisett is trapped by her father’s poor business decisions, her dowry and future attached to a man who will save her family’s estate. With little to barter before her life is signed away to a man she does not love, she exacts a promise so she can perform one last time at a recital of all of her favourite pieces before he spirits her from the city she loves and locks her away in his sprawling upstate manor.

When Nic learns of Esther’s entrapment, he promises to help her find an escape route — and together they plan a strategy as intricate as the chess games they play every afternoon while her chaperone dozes.

To Nic, Esther-- with the long coils of golden hair he sees loosened as she exchanges pins for failed chess moves--is the princess in the tower, entangling him in an unexpected adventure he never imagined.

But every Princess needs a Prince and Nic isn’t sure if he can be anything more than the rusty tin soldier when she needs a white knight and a trusty steed.

[originally published in the Finding Ever After collection]
more
Amazon Other stores
Bookmark  Rate:

'Entanglements' is tagged as:

Buy 'Entanglements' from the following stores: