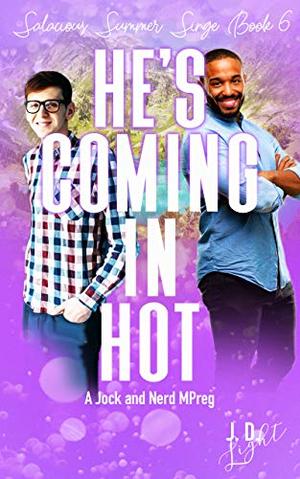 A Jock and Nerd Mpreg

In high school, Newell was a nobody. He was completely invisible, and for the most part, he liked it that way. He had one friend and a completely hopeless crush on a football playing god who seemed to be everywhere all the time and was actually really nice. What more could he have possibly needed from his high school experience?

As an adult, not much has changed really. He still only has the one friend, and the rest of his life is pretty unremarkable. He has a cat... so there's that. He also just moved back to the town he had to leave behind unexpectedly his junior year in high school, and now gets to see his one and only friend anytime he wants. Oh, and he's pretty sure he's been adopted by the Fosters, though how that happened is still a mystery, and he now gets to spend time with the football playing god turned football coach who is still very much godlike, still incredibly nice and happens to work at the same high school a Newell. What more could a guy as for from his adult experience?

He's Coming in Hot is book six in the Salacious Summer Singe novella series, which is a continuation of the Sprung Like Spring series. These books can be read as stand-alones but getting to know the overlapping characters will make it worth reading in order. There will be fluff, humor, a bit of farce and probably some pining, so sit back, relax and take a break from the horrors of reality!
more
Amazon Other stores
Bookmark  Rate:

'He's Coming in Hot: A Jock and Nerd Mpreg' is tagged as:

Similar books to 'He's Coming in Hot: A Jock and Nerd Mpreg'

More books like 'He's Coming in Hot: A Jock and Nerd Mpreg'   ❯

Buy 'He's Coming in Hot: A Jock and Nerd Mpreg' from the following stores: