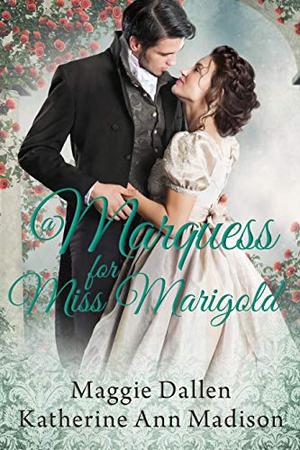 All this wounded marquess wants is solitude. Instead, he stumbles across a wallflower…literally.

It wasn't as though Marigold was hiding; she was just…lying low. In an abandon shed. Admidst a houseparty where both her best friends had managed to become engaged.

In a few days, she can escape to her quiet life of solitude and books. Alone. Forever. But then the prodigal son returns to the manor and charges into her life with the military precision one might expect from a war hero. Even more terrifying, he refuses to ignore her like the rest of society. Of course, he doesn't.

The irritating man seems to have made it his life's mission to drag her out of the shadows and into the light. And while she has no wish to be seen by the rest of them, his attention is starting to feel…nice. Better than that, even.

But he's a marquess and a war hero. His interest is purely an act of kindness. Nothing more.

Unfortunately, her heart refuses to listen to reason. Which means…it's bound to be broken.
more
Amazon Other stores
Bookmark  Rate:

'A Marquess for Miss Marigold: Sweet Regency Romance' is tagged as:

The 'A Wallflower's Wish' series

All books by Maggie Dallen  ❯

Buy 'A Marquess for Miss Marigold: Sweet Regency Romance' from the following stores: