Writing the Rake (The Bluestocking Scandals #5) 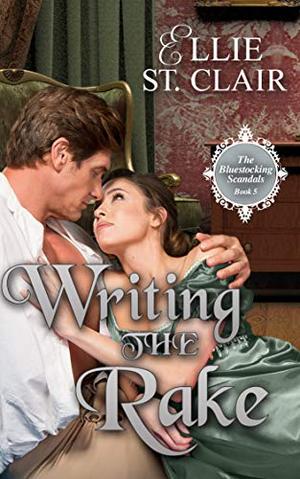 She knew a rake would never do. But her heart never received the message.

Alice Cunningham loves two things—writing and romance. A magazine picks up her serial, on the premise that she bases her stories on relationships amongst the ton. The only problem? She has never known passion of her own, except for one kiss with a man she knows will only ever leave her a broken heart.

Benjamin Luxington brings nothing but trouble to those he loves. The one man who ever approved of him was the worst sort of father one could ever have. It is why Benjamin has no intentions of ever settling down. He avoids innocent young ladies at all costs, until one in particular catches his eye—and his heart.

When Alice begins asking the wrong people too many questions, her life is put in danger, and Benjamin finds himself her unlikely savior and part of a fake courtship, despite how desperately he is attempting to distance himself from the woman who so tempts him. Can they find out who is at fault and save Alice’s life, before they each lose their hearts?
more
Amazon Other stores
Bookmark  Rate:

'Writing the Rake' is tagged as:

The 'The Bluestocking Scandals' series

Similar books to 'Writing the Rake'

Buy 'Writing the Rake' from the following stores: