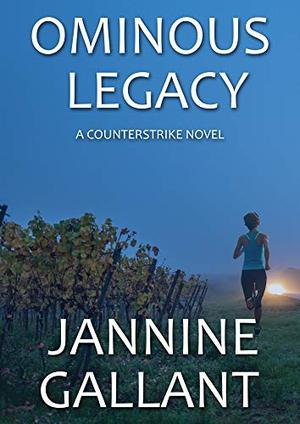 Will a historical legacy doom the nation . . . or save it?

Wyatt Stone solves historic mysteries on his popular TV show, No Stone Unturned. But nothing as shocking as the inheritance left to him—and six unknown strangers. The mind-blowing document will change perceptions of the Founding Fathers and rock the very foundations of democracy.

Talia Davis thrives on her high-stress job as a computer hacker for the elite rescue team, Counterstrike. But a rocky breakup leaves her ready for a change, and Wyatt’s sexy smile tempts her out of her comfort zone. When word leaks she’s one of the seven inheritors, Talia is nearly killed by two powerful political foes who will stop at nothing—including murder—to gain control of the legacy.

Can Wyatt and Talia expose the traitors in time to save the nation? Or will they lose everything they hold dear in a quest to preserve the Founding Fathers ominous legacy . . .
more
Amazon Other stores
Bookmark  Rate:

'Ominous Legacy' is tagged as:

All books by Jannine Gallant  ❯