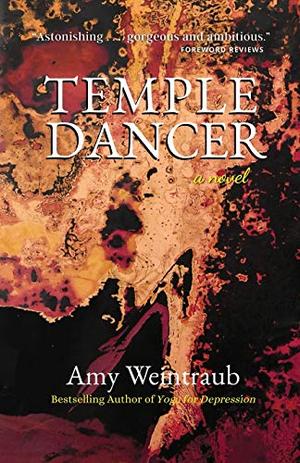 In a spiritual thriller that connects the lives of two presumably disconnected women, Temple Dancer burrows deep into the mirroring stories of both Wendy Rabin and Saraswati as they explore the divine connection. Author Amy Weintraub takes readers on a journey through the yoga philosophy behind the two tragic tales and the enigma that entwines the lives of two unlikely souls.

Set in India in 1997, and later at an ashram in Buckingham, Virginia in 2016, Temple Dancer begins when Wendy takes a spiritual pilgrimage to India following a painful divorce. On a crowded train in the midst of Wendy's excursion, she meets Saraswati, an enigmatic older woman who claims to have been a temple dancer. The mysterious encounter between the two leaves Wendy with Saraswati's diary and a request that she honor the profaned culture by sharing her story.

Twenty years later, after having lost the diary's translation, its inexplicable reappearance forces Wendy to face her difficult past. Her reading and meditation trigger flashbacks of her painful mistakes in the trance of love.
more
Amazon Other stores
Bookmark  Rate:

'Temple Dancer' is tagged as: