Strawberries and Thunderstorms (His Will and Testament #1) 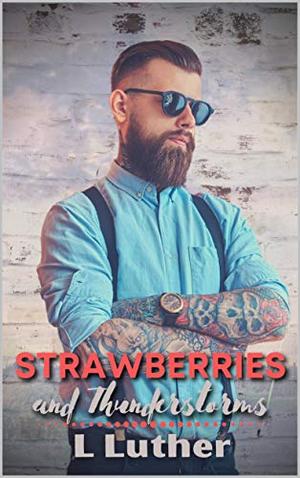 Honestly, I never would have come back to this shithole if Pop hadn’t made it clear I wouldn’t get a dime otherwise. And it really isn’t about the money for me. No, I know it’s all about that little girl he adopted and her need for a proper home. Any one of my brothers would have stood up and taken on a kid, and hell they might even be the smarter choices too, but I know I can be the dad she deserves.

I am her father, after all.

My sister told me not to do it. She told me moving out of the province to chase mon rêve was insane. Certifiably, she insisted. She wasn’t wrong. Who knew that five years later I’d be painfully working alongside my very straight, very hot, best friend, who I might be in love with? Merde. I promised myself I wouldn’t ever be that gay man, the one wanting the unattainable. And apparently, I’m a masochist, because it gets worse. Suddenly he’s telling his lawyer that he and I are together.

So that he can get custody of his kid.

'Strawberries and Thunderstorms' is tagged as:

The 'His Will and Testament' series

0.00 · ratings His Will and Testament reading order and complete book list  ❯

Similar books to 'Strawberries and Thunderstorms'

All books by L. Luther  ❯

Buy 'Strawberries and Thunderstorms' from the following stores: