Promises To You (Irresistible Alphas #3) 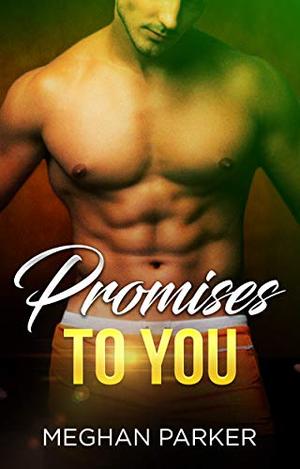 Only time will tell.

After losing the love of his life, the only thing on Jason Blank's mind is fulfilling a promise to his dying wife. No number of months could wipe away the pain Jason constantly feels inside. Life as a billionaire doesn't make things easier for him when all eyes are constantly observing his every move.

When he searches for a surrogate, the last thing he expects to meet is a beautiful woman with problems of her own she'd rather keep to herself. Nadia Tench is so close to her dreams. There's just one problem. Money is tight and there's not enough time in a day to cover all her expenses. When an opportunity comes knocking on her door, Nadia jumps at the chance to make a large sum of money. Despite Jason's closed off personality, Nadia is instantly intrigued. The last thing she expected was to fall for a billionaire who is still harboring a lot of pain.

Things aren't made easy for either of them when Viviana, who is one of Jason's closest friends, jealousy gets in the way. Things are only made worse when Nadia tries to hold tight to her secure and independent life; quickly learning there is no such thing as a private life as long as she stays around Jason. With a decision to make, Jason and Nadia must decide where they stand before the world decides for them. There's nothing worse in life than playing Russian roulette with your heart.

Will Jason finally get to mend his damaged heart and let the right woman into his heart? Will he be left more heartbroken than before? Only time will tell.
more
Amazon Other stores
Bookmark  Rate:

'Promises To You' is tagged as:

Similar books to 'Promises To You'

Buy 'Promises To You' from the following stores: