With Christmas in His Heart & The Forest Ranger's Christmas 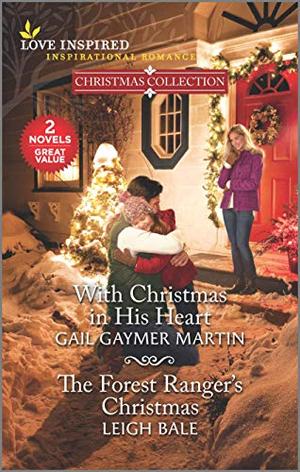 With Christmas in His Heart by Gail Gaymer Martin

Caring for her grandmother was a labor of love, but Christine Powers worried about the paper piling up in her office. And as soon as she arrived on Mackinac Island, she was challenged by Will Lambert, her grandmother’s boarder. His laid-back style and faith in this season of joy grew on her. But an ultimatum to return to work or lose her job forces Christine to make a difficult choice…

Josie Rushton’s in Camlin for the holidays—but only long enough to persuade her ailing grandfather to move closer to her. But Gramps doesn’t want to move. Josie can’t imagine what’s so great about Camlin—until she meets forest ranger Clint Hamilton. She’s soon falling for the town, Clint’s charm and his adorable daughter. Can Clint convince Josie that love and family are the best gifts of all?
more
Amazon Other stores
Bookmark  Rate:

'With Christmas in His Heart & The Forest Ranger's Christmas' is tagged as:

Buy 'With Christmas in His Heart & The Forest Ranger's Christmas' from the following stores: