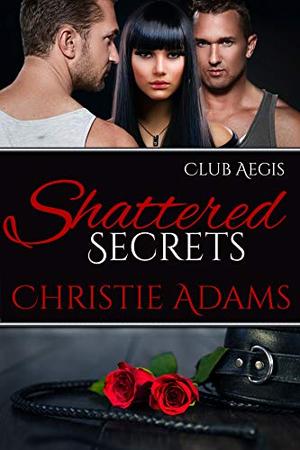 Threatened by the Bratva, the daughter of a senior Russian police official faces danger of a different kind from the two men assigned to protect her. A year after the amazing night they made her theirs, all three must overcome the ghosts of their shared past and work together to prevent the Russian mob from using her as a weapon against her father.

For Jen Peterson, it was a night of passion and self-discovery in the arms of not one but two amazing men.

For Conor Devlin and Dylan “Bax” Baxter, it was the night they discovered the woman who would set their world on fire.

But after one night of heaven, everything went to hell.


…One year tore them apart

Jen’s life is in danger. She needs protection, and protection is Conor and Bax’s business. To keep her safe until the threat from the Bratva is eliminated, they escort her to a remote hideout in the English countryside, where the chemistry between them returns, stronger than ever. The past year and the issues that came between them prove to be no match for the all-consuming craving reignited within the confines of the picturesque cottage with its sensual secret.

However, their hedonistic idyll comes to an abrupt end when a terrifying turn of events calls them back to reality. One of her closest friends has been kidnapped, leaving Jen with no choice but to put her life on the line to save the woman who once risked everything to save her.
more
Amazon Other stores
Bookmark  Rate:

'Shattered Secrets' is tagged as: