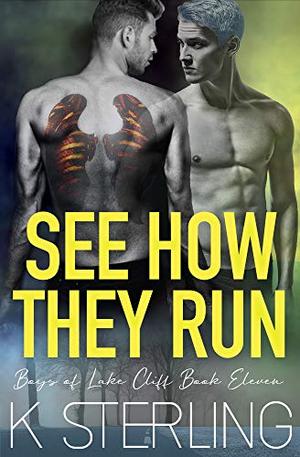 The hero. The lord. The Russian. Boom. Boom. Boom. Almost all at once and out of nowhere, Lake Cliff is hit by three shocking attacks. Determined to find answers, an unlikely team of investigators sets out to find a twisted and cunning killer. The clues lead them exactly where they don’t want them to and dubious new allies raise the stakes. “He cut off our heads with a carving knife...”

There’s mystery, adventure and sex before things take a grim turn and the residents of Lake Cliff are left reeling. Secrets and chaos abound and our heroes face a baffling new foe. But...this is Lake Cliff. As always, Lavender and company band together and play by their own rules.

Join Aiden Sharp, Mr. Lavender, Reginald, Toly and the rest of the family for a thrilling and chilling new adventure as the Lake Cliff story takes an exciting turn with the help of Dr. Aldous Hawkesworth, Mr. Blink and a curious assortment of friends.

This is the eleventh book in the Boys of Lake Cliff series and is not intended to be read as a standalone. In fact, it is more of a prequel and part of a wider mystery involving exciting new characters.
more
Amazon Other stores
Bookmark  Rate:

'See How They Run' is tagged as:

The 'Boys Of Lake Cliff' series

Similar books to 'See How They Run'

All books by K. Sterling  ❯

Buy 'See How They Run' from the following stores: