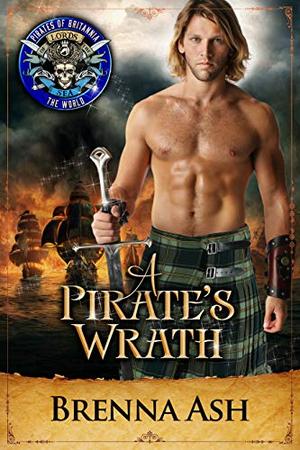 A strong-willed woman. A ruthless pirate. Their formidable bond.

Seonag Ruane never believed her father died in an ambush. She knows he was betrayed by men he trusted. Driven by her mother’s grief and her own need for vengeance, Seonag will do whatever it takes to discover the truth. Even risk her own life. Her plan for revenge never included falling in love with the sweet-tongued pirate who shared his secrets late at night.

Captain Colin Harris’ closest friend, Sean Ruane, was killed by his mutinous crew. He vows to avenge his death by seeking retribution and recovering the bounty the ship was transporting. It’s the least he can do for the family left behind. His mission is hindered when he discovers the lad he’s mentoring is actually a woman in disguise and possibly a spy.

Angered by her deceit, he imprisons the imposter. Too late, after the woman is taken captive, Honey realizes she is Seonag, his late friend’s daughter.

Will he get to her before his mistake takes away the one woman that makes him whole? Has Seonag failed in her quest to destroy those responsible for her father’s death?
more
Amazon Other stores
Bookmark  Rate:

'A Pirate's Wrath: Pirates of Britannia Connected World' is tagged as:

The 'Pirates of Britannia' series

Buy 'A Pirate's Wrath: Pirates of Britannia Connected World' from the following stores: