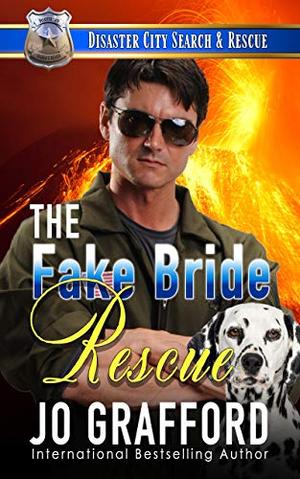 Firefighter Ransom Keller can’t stand the thought of attending his twenty-year high school reunion as a single guy. Folks tend to expect a little more action in the romance department from a former star linebacker and an ex party machine. But a decade in the Special Forces followed by career in fire rescue operations hasn’t left him much time to play Romeo. So he does the unthinkable — he hires an actress to pose as his bride for the weekend.

Serena Chandler is supposed to be working on her doctoral dissertation, not filling in for her bestie’s slightly scandalous rent-a-date service. However, her short-term “husband” seems like a perfect gentleman, so she relaxes and decides to enjoy their weekend trip together while keeping things strictly professional between them. He’s made it clear he’s a no strings attached kind of man, and that’s fine with her.

Their carefully negotiated agreement works right up to the point when a fire breaks out at his alma mater, and she becomes trapped in the gym. Watching the ripped and ready Ransom take charge in a daring rescue operation, however, makes all her best-laid plans go up in smoke. She finds herself scheming with her Mensa-level I.Q. for a way to turn their fake marriage into a real one.

If they survive the fire, of course!

Step into the world of Disaster City Search and Rescue, where officers, firefighters, military, and medics, train and work alongside each other with the dogs they love, to do the most dangerous job of all — help lost and injured victims find their way home.
more
Amazon Other stores
Bookmark  Rate:

'The Fake Bride Rescue: A K9 Handler Romance' is tagged as:

Naomi
Naomi
(Once Upon A Church House #3)

All books by Jo Grafford  ❯

Buy 'The Fake Bride Rescue: A K9 Handler Romance' from the following stores: