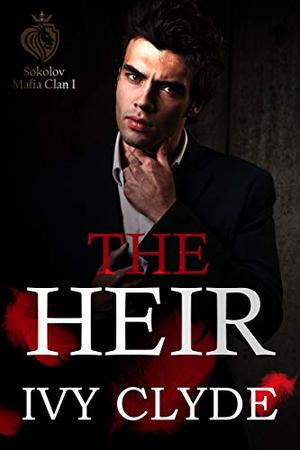 I am an undercover cop disguised as a man.

He is the heir to a mafia empire.

Victor Sokolov, the heir to the most powerful mafia family in the city, is stepping into power.

Cruel. Merciless. A demon wearing the face of an angel.
He is on a purge to rid the gang of every deceitful follower, paving the way to his succession with a trail of corpses. It won’t be long before the city turns into a battlefield.

He is recruiting new blood into his ranks and I am the rookie agent being sent to breach them. After all, no one has studied him and the movements of the Sokolov Clan as obsessively as me.

My department doesn’t just give me a fake ID.

I am also disguised as a man.

Soon, I’m plunged into a world unlike anything I could have ever imagined. Every moment spent with Victor makes me question everything I know about myself.

I’m torn between fear and desire, right and wrong, pain and pleasure as I struggle to win his trust. My body and mind are betraying everything I’ve been taught to abhor.

Can I still remain one of the good guys or will the devil devour my soul completely?

The Heir is a RH dark mafia romance between mobsters and a disguised female agent. If you enjoy romantic suspense with organized crime, then this is for you. This book contains dark themes and steamy m/m and m/m/f scenes.
more
Amazon Other stores
Bookmark  Rate:

'The Heir: A Dark Mafia Romance' is tagged as:

Similar books to 'The Heir: A Dark Mafia Romance'

More books like 'The Heir: A Dark Mafia Romance'   ❯

All books by Ivy Clyde  ❯

Buy 'The Heir: A Dark Mafia Romance' from the following stores: