Keeping Her Safe (Boss Me Duet #1) 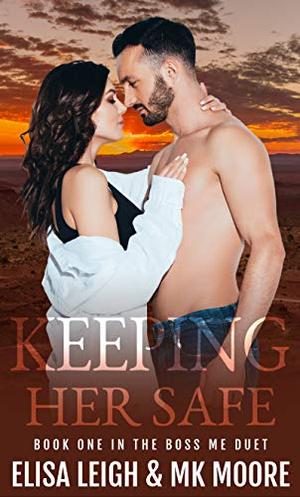 Darius Johnson is a no nonsense guy on and off the job, but the second he gets a look at his next client he's hooked. He'll have to go undercover to protect her. He has no idea how to be an assistant, but for her he'll do anything. For her he'll do whatever it takes to keep her safe then make her his.
Stacey Lipton is a workaholic with one problem, okay two. First, she wishes she weren't so attracted to her new assistant. Like a moth to a flame she wants him more than she should and knows it's only a matter of time before they cross the line. More importantly, there's someone out to get her. After months of someone harassing her things take a turn no one was expecting.
This is book one in the Boss Me Duet
more
Amazon Other stores
Bookmark  Rate:

'Keeping Her Safe' is tagged as:

The 'Boss Me Duet' series

Similar books to 'Keeping Her Safe'

Buy 'Keeping Her Safe' from the following stores: