Fighter and the Fae 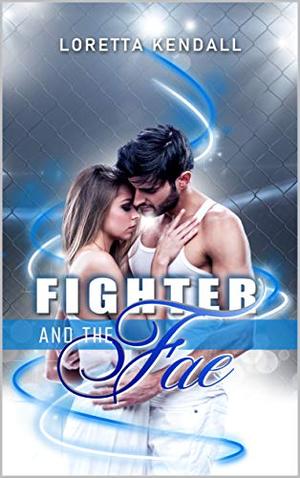 Calypso Fae is the acclaimed Fairy Godmother of events. Following a staged fan attack, while performing with the Ring Bella's Dance troupe, Caly is working to start over as a Miami event planner. Specializing in wedding planning, the shy southern belle struggles to find a happily ever after on her own. Wondering if her lifelong dream of the perfect wedding will be in the stars, Caly trades her own happiness to ensure other's event dreams come true.

Two years following the attack that ended her dance career, Caly is confronted with the past once more. Hired to organize her best friend Roxy's wedding, a trip to Las Vegas has the potential to turn her life around, or set it in a whirlwind of chaos. The groom's best man is suspected to be involved in a humiliating event, linked to the incident that resulted in Caly's injuries. Reconnected with her former heartthrob, MMA fighter Thorn Prescot, there may be hope for her future as she learns to trust him once more.

Secrets hidden in Thorn’s private life reveal that he is not the playboy Caly remembered him to be. The single father tries to set things right while fighting for his family’s future. Caly discovers there's more than meets the eye when she’s introduced to Thorn’s adorable daughter, Bella. Keeping his loved one's safe from the paparazzi, and his ex-wife’s greed has turned the fighters' life upside down. Two years of misunderstandings will be left behind when Caly steps up to help protect the child and find out the truth about her past.
more
Amazon Other stores
Bookmark  Rate:

'Fighter and the Fae' is tagged as:

Similar books to 'Fighter and the Fae'

Buy 'Fighter and the Fae' from the following stores: