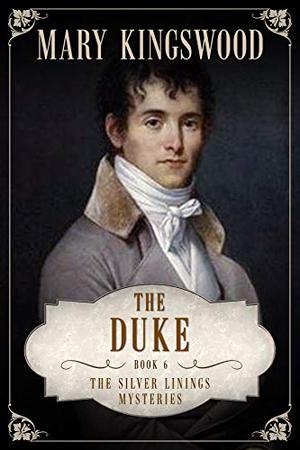 The dramatic conclusion to the series!

The sinking of the Brig Minerva results in many deaths, while for others, the future is suddenly brighter. But it’s not always easy to leave the past behind...

Lord Randolph Litherholm has spent a year coming to terms with the death of his twin brother, Gervase, the 7th Duke of Falconbury. Now it’s time to set aside his mourning and accept his role as the 8th Duke. It’s not the management of the vast Litherholm wealth that bothers him, for he’s been running the estate for years. No, his reluctance is all due to the marriage that was arranged for his brother, and the expectation that Ran will take on his brother’s bride as well as his title.

Lady Ruth Grenaby’s marriage was arranged when she was twelve. Now she’s twenty-one and still waiting for her wedding day. Her intended husband is dead, but to her father, the younger brother will do just as well. He’s a duke, after all, and his eldest daughter can’t possibly marry a less exalted man. She’s a dutiful daughter, so she’ll do as her father says and marry Ran, even if he only sees her as another inherited obligation. But shattering events cause her to re-evaluate everything she’s ever believed in, and she must decide between duty and love.

This is a complete story with a HEA. Book 6 of a 6 book series. A traditional Regency romance, drawing room rather than bedroom.
more
Amazon Other stores
Bookmark  Rate:

'The Duke' is tagged as:

Similar books to 'The Duke'

All books by Mary Kingswood  ❯

Buy 'The Duke' from the following stores: