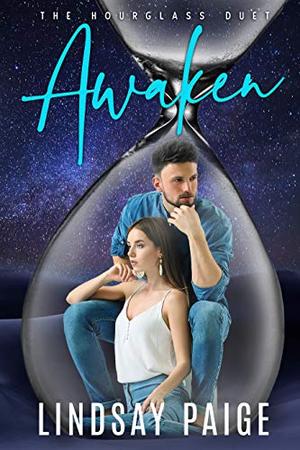 Chloe does as she's told, even when it makes her miserable. But a summer away in North Carolina might just be what she needs to find her voice. Her late grandpa has started a mission for her that makes her think she's losing her sanity. Wouldn't you if your dreams had real life consequences and starred a hot guy currently in a coma?Isaiah must do the impossible and overcome yet another one of life's curveballs: trust the stranger in his dreams. Chloe is supposedly the key to him waking up and Isaiah will do whatever it takes for that to happen. He has too many never-ending responsibilities waiting for him not to try. A massive hourglass haunts every second that passes until their fate is ultimately decided. Question after question plagues them. Will he ever wake? What if he does? Chloe and Isaiah have let life rule their fate thus far. That ends now.
more
Amazon Other stores
Bookmark  Rate:

'Awaken' is tagged as:

The 'The Hourglass Duet' series

All books by Lindsay Paige  ❯

Buy 'Awaken' from the following stores: