The Virgin and The Kings 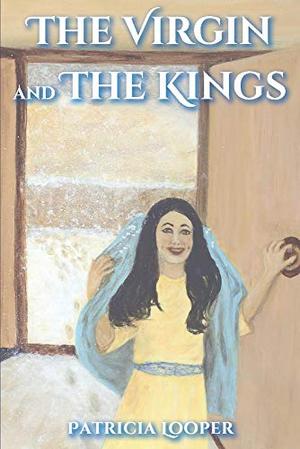 In the first few chapters of the biblical book of 1 Kings, there are a few references to a young virgin named Abishag. She was the virgin that the aged King David's councilors sought for the king, so that she could "warm" his bed. The search for a virgin was done without David's knowledge. It was in the village of Shunam that the searchers found Abishag.
Solomon's mother, Bathsheba, is one of the major figures in the narrative that begins with the adulterous relationship she had with King David. The role of women during a time when men considered their wives and daughters as nothing more than personal property also is part of the story.
In the novel, after verifying that the fourteen year Shunamite was a virgin, the King's councilors bribe her family into allowing them to take her to Jerusalem to serve the king. The frightened young girl is first placed under the care of a woman who teaches her the healing arts and that of seduction. After completing her lessons, Abishag is presented to King David, who wisely chooses to protect the girl and her virginity; though he does keep her with him as his nurse. It is within David's royal quarters that Solomon and Abishag meet and fall in love. Just prior to his death, David gives the young couple permission to marry. Their plans are thwarted by Bathsheba, who wants no person in her son's life who might usurp the power she has over him.
Each chapter in the novel is titled from the verses in the biblical book of Ecclesiastes that tell of the times in a person's life, such as A time to be born, which is the first chapter in the novel.
This story includes political intrigue, violence, murder, abuse, the most tender feelings and great romantic love.
more
Amazon Other stores
Bookmark  Rate:

'The Virgin and The Kings' is tagged as:

Similar books to 'The Virgin and The Kings'

More books like 'The Virgin and The Kings'   ❯

Buy 'The Virgin and The Kings' from the following stores: